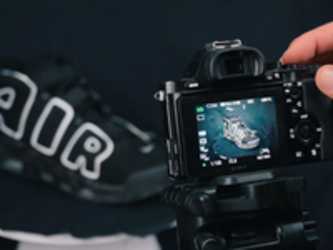 How should I take photos for 3D Scanning with 3D ProBox?


For 3D scanning, successive sequential photos must be taken. There are several different photography techniques for 3D scanning.

-Place the subject in a stable place where you can comfortably shoot.


-Without moving the subject, take photos by turning around the object in at least 2 separate axes, and apply overlay technique.


-You can increase the number of axes depending on whether the object is detailed or not, and you can shoot the details of the object after shooting around it.


Remember, it is very important that the photos follow each other and have an overlay. The higher the number of photos and the overlay ratio, the higher the quality of the 3D models produced.

-Take photos with no gaps by turning around the object from all angles.


Remember, it is very important that the photos follow each other and have an overlay. The higher the number of photos and the overlay ratio, the higher the quality of the 3D models produced.

3D Scanning by rotating object in 3D Modeling
In order to use this method, you need to use a background screen. In other words, all areas except the object in the photographs must be one color and undetailed.


With this method, all surfaces of the 3D models produced will be modeled.


If you are going to use a turntable, the top surface of the turntable must also be a single color.


Ps:Using the turntable will make your shooting easier and faster.


!Attention: Do not move the fixed parts of the object during tilting.

To perform 3D Scanning with drones, you need to take overlay photos as in other methods.


What are the key principles of shooting in 3D modeling?


3D ProBox works with the image processing method. While performing 3D scanning with 3D ProBox; 3D modeling process is completed as a result of processing the pixels of the photographs taken in the system by overlapping photos which are taken for 3D Modeling. There are several important factors to consider for this image (pixel) processing process:

Objects should not move during 3D scanning.

The photographed objects should not be moved. Because image processing technology creates inter-pixel context (overlay), it may not be able to match pixels in photos of moving objects and this situation will cause the 3D model to fail.

Objects should not be shiny or transparent during 3D scanning.


The shiny surfaces of the photographed objects cannot be detected by the image processing technology and the resulting 3D model will fail.

In transparent objects, on the other hand, image processing technology cannot perceive transparent surfaces as objects and cannot create context (overlay) from pixels. Then the result will be a failed 3D model.

Objects should not be without details during 3D scanning.