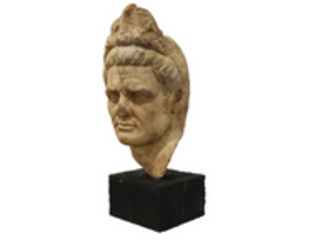 The data that emerges after the process of creating a three-dimensional mathematical replica of an object or shape is called a 3D model. 3D modeling is the expression of geometric data of an object in a vector format in a virtual universe. 3D modeling of the earth or any object provides high accuracy evaluations on the object or objects in the computer environment. There are many different programs available for creating 3D models. While some programs are used for living objects, some programs are used for inanimate models, some programs can serve users for both. In addition, these programs can offer both automatic and manual modeling options.

There are two different methods of producing 3D models.


-With the drawing method,

The images in which any object is animated electronically using the width, length and height (X, Y, Z) surfaces are called three-dimensional drawings. There are many 3D modeling programs for drawing operations.

For example, animation programs such as Unreal Engine 5, Blender, Cinema4D, Zbrush or CAD Programs such as SolidWorks, Civil 3D are used for 3D model drawings.


There are basically 2 different methods for 3D scanning:


3D ProBox is a platform that produces 3D models with the photogrammetry method.


Photogrammetry is a method in which three-dimensional geometric models of objects are created through photographs. It works with image processing methods.


However, photogrammetry is the science and technology of obtaining reliable information about physical objects and the environment in the process of recording, measuring and interpreting photographic images and electromagnetic radiant image patterns.

Laser scanning is the technology of digitizing physical objects without contact and destruction with the help of a laser light. 3D laser scanners create point clouds from the surface of the object. In other words, it is the transfer of a physical object exactly (by taking the exact shape and dimensions) to the virtual universe in 3D.

If you need a 3D model, but don’t have enough time to create one - you can always search for the exact model in the marketplace. CGTrader is the world’s largest source for licensable stock and custom 3D models. In this marketplace, you can find over 200 thousand free 3D models and use them however you want.